During mid-September, it was decided that the blockade on the travel ban, was lifted. The US Supreme Court decided this. With this, Trump is authorised to implement his entry ban.

Unfortunately, it is not yet clear whether the government would extend the ban. However, it is clear that the Supreme Court will look further at the entry ban in October. They especially look at the fact that based on the Constitution states you may not be allowed to travel from selected countries based on their religions. This would mean discrimination and that is contrary to the Constitution.

It was ultimately the intention of Trump to not allow family members, such as grandparents, grandmothers, uncles, aunts and cousins of the people living in America to come to the United States. However, the San Francisco Court did not agree with this, and made sure that they were able to enter the US. Parents, brothers, sisters or children of Americans were welcome. 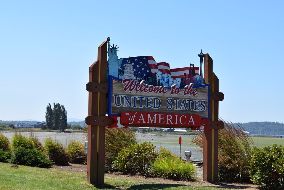