Smartphone Control at US border

When you check in for your flight to the US, chances are that you to hand in your mobile phone for a check.

Smartphone Control at US border

During the border inspection in America, more often mobile phones are checked so that they can be investigated.

Research has shown that five times more mobile phone access has been requested in 2016. In total this means 25,000 controls. This year in February only 5,000 times more travellers have been asked for a smartphone check. It seems that the 25,000 record has been broken this year.

The border guards have the authority to ask for traveller’s smartphones or laptops during a check. Also for the U.S. citizen, these rules, which would normally not apply, are applied.

In order to be able to search for personal belongings, you usually need a Court order. However, during a border inspection there are other rules. Border guards have the right to request any passwords and PINs that immediately should be given. They may also copy such content for evidence.

NBC has spoken to 25 Americans about their personal experiences during border control. What was striking was that of the 25 Americans 23 were Islamist. It seems that travellers are selected for these controls. Some of these travellers were even asked about their religion and got stuck for hours at airports or other border posts.

Former Privacy Director of the US Department of Interior Security, Mary Ellen Callahan, has stated to be extremely upset by the increased numbers of smartphone controls. She had drawn up the rules for electronics controls in 2009. These rules also included that they would only be used in limited numbers. What we are not sure is whether Obama or Trump modified these rules later, or that the CBP Officers nowadays need more time to perform these controls.

Democratic Senator, Ron Wyden, believes that these controls put the security and freedom of the American people at stake. Law-abiding Americans are captured in this digital trawl network. He also indicates that he is working on submitting a legislative proposal that should prevent electronics controls of Americans without a Court order. He also wants to prohibit the retrieval of passwords and PINs. For non-US travellers, nothing changes.

Veronica is a Jamaican woman who has always had trouble visiting family in America. She had a valid visa, but unfortunately she was sent back. US Customs and Border Protection (CBP) has investigated her iPhone and iPad and, on the basis of their experiences, she was denied access to the US. To this date, she still does not know the reason behind their decision. All that the CBP mention is that a valid Visa or ESTA under the Visa Waiver Program does not guarantee entry to the US: "A CBP official can determine upon entry whether an individual is eligible for entry into the US." 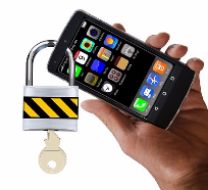