This date, November 28th, isn’t annual, since the Americans celebrate this national holiday every year on the fourth Thursday of November. On this day they show their thanks.

Thanksgiving in the past and present

In the past the day used to be mostly about giving thanks for a good harvest year, the turkey and pumpkins had not made an appearance at this holiday yet. Although that has changed a lot nowadays. Nowadays they often thank god or are thankful for their good health, family or job. They eat delicious dishes with their entire family in which the turkey has a significant role.

Thanksgiving is being celebrated in The United States since 1621. The reason was the settlement in Plymouth (Massachusetts) by the pilgrims. These pilgrims originally came from The United Kingdom but had to flee because of their Calvinistic religion. Most pilgrims fled to The Netherlands first before they made their way to The United States. Because of the settlement the pilgrims were very depended on a good harvest. In 1621 it seemed like the harvest would fail completely, but luckily the American Indians helped the pilgrims with a new harvest. They got lucky since the weather was extremely favourable the rest of the summer. This late summer is also called the ‘Indian summer’. Because of this Indian Summer they could harvest their goods in November after all. This harvest had to be celebrated and that’s how thanksgiving came to be. And since 1863 this has been an official national holiday, thanks to Sarah Josepha Hale (Editor in chief of the Godey’s Lady Book).

Nowadays enjoying a delicious meal together is the main focus of the day. It is tradition to watch an American football game together, while delicious dished are being prepared in the meantime. Some of those dished are: turkey (how could it not), cranberry sauce, Brussels sprouts, green beans, potato salad, sweet potatoes and as dessert, pumpkin pie. Thanksgiving Day is sometimes also referred to as Turkey day, since almost everybody prepares a turkey for dinner on this holiday. In 1621 turkey wasn’t part of the feast at all. The Indians brought along a deer to eat and the pilgrims had caught fish that they would serve for dinner. This way they had a nice feast to enjoy together.

The day after thanksgiving is called Black Friday. This means that this day people start doing their Christmas shopping and go bargain hunting. Most Americans even get this day off or take the day off to have a long weekend with the family. Shop owners participate during this day by giving extreme discounts on their products that they normally don’t give during the rest of the year.

How did Black Friday come to be?

The first theory is as followed. The week before Thanksgiving many parades are held. Big department stores wanted to take advantage of these by starting to sponsor them in the 19th century. By sponsoring the parades, they had the possibility to start advertising campaigns. This caused for these campaigns to become the main attraction of the parade. These discounts used to last the entire holiday season. This is one of the theories of how black Friday started. In 24 out of the 50 states, Black Friday is an official holiday.

Most Americans are off this day and go out to go bargain hunting. This of course leads to long lines and crowded stores. Often people are already in line before the department stores even open. This can cause disturbing scenes. The Americans even take it so far that they park their car close to the door a couple of days before Black Friday. This way they won’t have to carry their new purchases very far. And when Black Friday has finally arrived there is a big chance that there won’t be any parking spots left. The best thing to do is getting dropped off and then picked up later. 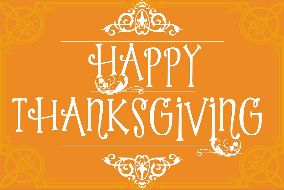