Turkish Airlines ships laptops on flights to the US

To accommodate travellers because of the laptop ban, the airline delivers free laptops for use on flights.

Turkish Airlines ships laptops on flights to the US

Travellers flying to Turkish Airlines through Business Class to America are offered to borrow free laptops when they need to use it. With this, the airline responds to the United States laptop ban.

As of March 20, 2017, travellers from Turkey, several North African and Arab countries are not allowed to take electronic devices, other than smartphones, on board in their hand luggage. This ban has been introduced because they are afraid that terrorists may put explosives in laptops. By this ban, airlines seek alternatives for their passengers. They are afraid that they otherwise may miss bookings of customers because many travellers wish to use their laptop during their flight. With this introduction the airlines try to encourage people to travel with them. The prohibition does not apply to flights from America to the United Kingdom or Turkey.

To borrow a laptop

To be able to borrow a laptop on board Turkish Airlines, you must notify them before you board. After that you have to hand in your own laptop to an authorised airline employee. Then it is placed in the luggage compartment. If you do not want this, there is also a possibility to place your laptop (labelled with your address) in a special loading area of the aircraft, where it is safely transported and returned on arrival. Once on board you will get a cabin crew laptop handed over to borrow and use during your flight.

When you're done using the borrowed laptop, you might want to save your work to a USB stick and take it with you. Nothing on the borrowed laptop can be saved. Everything will be erased completely, so the next person cannot figure out what has been done on this laptop.

On flights from Turkey to the United Kingdom, the same prohibition applies. For travellers with Turkish Airlines from Istanbul to the UK, it is also possible to use a laptop from 12th May. 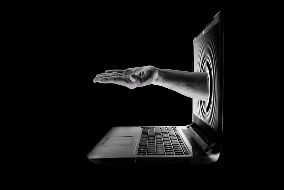