US CBP announces partnerships for expansion of services

The US Customs and Border Protection have appointed 29 new agencies for new services to promote economic growth and cross-border trade.

US CBP announces partnerships for expansion of services

The US Customs and Border Protection have appointed 29 new agencies for new services to promote economic growth and cross-border trade. The collective partnerships are divided into Arizona, California, Delaware, Florida, Guam, Hawaii, Massachusetts, Mississippi, New Jersey, New Mexico, New York, North Carolina, Puerto Rico, South Carolina and Texas. The services will be funded by the CBP with the aim of achieving comprehensive services for incoming commercial and international transport.

By creating partnerships between the private sector and government agencies, the CBP can offer new and improved services. This concerns mainly customs services such as border and security services, immigration and inspection, control of agricultural products and support services in the ports of arrival. ‘These partnerships are a crucial part of managing the continuing growth of international trade and travel we experience’, said CBP deputy commissioner Kevin McAleenan. Arrival ports will, thanks to these agreements, benefit from lower lead times, which will provide better service.

Since the programme began in 2013, the CBP has made agreements with 29 agencies in the private sector. At the request of partners, more than 164.000 additional hours are used to handle more than 4 million passengers and nearly 599.000 vehicles are delivered. There are a number of restrictions on the ‘CBP service airports’ where the CBP will largely manage and run the services themselves. A maximum of 10 public-private agreements are made, thereby limiting the support services to the costs. The agreements will not replace existing services.

The currently selected partnerships are:

California Oakland, The Harbour of Oakland

The agreements were established under a strict multi-layer process to ensure the compatibility and priorities of the CBP. The US CBP is part of the Ministry of Homeland Security and is responsible for the control and protection of the borders of air and seaports. With more than 60,000 employees, the CBP is one of the world's largest law enforcement agencies. The CBP is responsible for the detention of terrorists, weapons from the US and they facilitate legal international travel and trade. The CBP is responsible for maintaining hundreds of US laws and regulations. Tasks of the CBP are a combination of: customs, immigration, border security and the protection of agriculture in coordinated and supportive activities. One of the main tasks is to carry out border management and border controls. The control and delivery of ESTA travel destinations is part of the CBP. 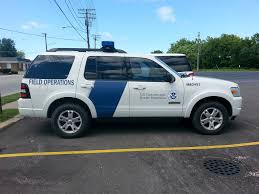