There is still no Court ruling on whether Canadians and Americans need to apply for a Visa when they want to travel to the EU.

There is still no Court ruling on whether Canadians and Americans have to apply for a Visa when they want to travel to the European Union. So for the time being, they can still travel without a Visa to the EU. The European Commission has given the Member States and the European Parliament an ultimatum. They must have taken a position on this issue by 12 July. Until then, Canadians and Americans can travel Visa free to the EU.

The United States has asked residents of Bulgaria, Cyprus, Croatia, Poland and Romania to apply for a Visa instead of an ESTA when they intend to travel to the US. Canada, Bulgaria and Romania need a Visa when they want to travel to Canada. However, the whole principle of reciprocity is now violated because the Americans and Canadians do not yet have to apply for a Visa when they travel to the EU, but vice versa it is the opposite. Unfortunately, this has been the case for two years, and that is why there is a reason this needs to be change.

Of course there are also risks associated with this. The European Commission has indicated that there will be major consequences for the political, economic and legal relations with the United States and Canada. Given the large number of travellers, it is possible that the Visa requirement is not practically feasible. In fact, the parliament and the Member States are urgently asked for advice before it gets completely out of order.
Given that this is still the case on April 12, Brussels will also decide to make a Visa requirement because of its legislation.

This legal deadline calls for a political discussion, said a spokeswoman. ‘The goal is a VWP for all EU citizens. We are in constructive dialogue with our partners.’ The Member States and the European Parliament still have the opportunity to stop Visa requirements for Americans and Canadians. 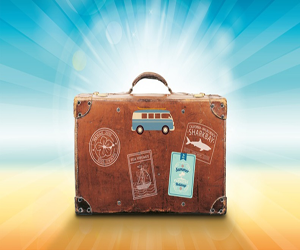