Washington D.C. is the capital city of The United States. D.C. is short for District of Columbia. This district isn’t part of any state, since people didn’t want any state to have influence on the capital city. As a result of this, the inhabitants of D.C. can’t vote during elections. With an exception of the presidential elections. The city was named after the first president of The United States; George Washington.

There are many sights in the city, including the White House. The White House is the work office and official residency of the current president of The United States. The house was built after the creation of the District of Columbia, in 1790. James Hoban finished it in 1800. It is possible to get a tour through the White House, if you go very early in the morning you can get free entry tickets! Close by you can find many buildings, museums and monuments, like the Capitol.

In the Capitol are the American senate (two senate representatives per state) and the American House of Representatives seated. Together they are called the congress. The built of the Capitol had started in 1793 and wasn’t finished until 1811. Slaves were used for labour during the built, later they were honoured. The most special part of the building is the dome, which has a diameter of 30 metres. There are paintings of Abraham Lincoln and Ulysses S. Grant. In the Capitol you can also find busts of people who were of value to The United States. You can get a tour for free, however, due to the fact that it can be very busy it might be a good idea to make a reservation. There are also many museums here.

The National Air and Space Museum is the most visited museum. In the gigantic building rockets and airplanes are presented, and many exhibitions on space and aviation history are shown. The Unites States Holocaust Museum is also definitely worth mentioning. This museum is dedicated completely to the holocaust. The museum manages a register of holocaust survivors, this register contains about 195,000 names of survivors and their family members. Inside the Natural History Museum is the National Museum of American History located. Here you can find everything about the American history. Many museums can be visited for free!

Other sights you can visit

There are more sights to visit in Washington D.C. like; The Library of Congress. This is the largest library in the world, and it is absolutely wonderful on the inside. In the Bureau of Engraving and Printing, you can see how dollars get printed, they give tour here. You can also visit the graves of John F. Kennedy and Robert F. Kennedy at the Arlington National Cemetery. Here you can also see the grave of the unknown soldier. Washington has one of the most beautiful train stations on the world, Union Station, with many stores and restaurants. On the edge of the city a huge park is located, the Rock Creek Park, where many people bike and take walks. The best way of getting around is the metro, they stop at all the sights. Tickets can be bought at Union Station.

If you want to see the nature, you will have to get out of the city. For instance, you can go admire the waterfalls of the Potomac in the Great Falls National Park. Here you can take boat trips and hikes.

Long story short, Washington is an amazing city, but before you visit this city, you will have to apply for your ESTA first! 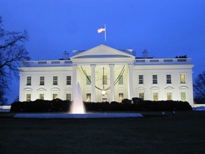