What can you bring and take from The United States and what not?

Are you traveling to The United States in the near future? Than it might be handy to have some knowledge on the customs rules that count for flights that depart to a country outside the European Union and the other way around. The officers at the American airport usually don’t have any humour. Jokes and ignorance can be greatly misunderstood.  Since it is always busy at American airports the officers have very little patience, therefore you should make sure you have your papers and travel documents ready. If questions get asked answer clearly and shortly and always cooperate.

If you buy tax free products at an American airport, you will not be allowed to take them with you immediately from the store. The bought products will be given to you right before you get on the plane.

Importing presents or other gifts is allowed, as long as the worth doesn’t surpass 100 American dollars. This applies to the entire traveling party and not per person. There are also rules on cash money, you are not allowed to have more than 10,000 American dollars with you. If you do want to bring more cash money you will have to report this on the Customs Declaration form, which has to be filled in when you land at the airport. This form needs to be handed in at one of the customs officers.

It is prohibited in The United states to bring drugs, weapons, illegal software and pornography, just like in The United Kingdom. There are even stricter sanctions on violating these rules than here. Furthermore, it is prohibited to bring food like meats, vegetables and fruits. This also applies to dairy products made of raw milk. Pasteurized and vacuum sealed cheeses are allowed.

When you go back to The United Kingdom, be careful to not bring back more than the allowed quantities. The customs is very focused on Europeans that leave The United States to go back to their home country. It is of course very tempting to bring back a lot of brand clothes, for which you would have to pay a lot more at home! If you pass the 430 euros bar you will have to pay taxes, import tariffs and any excise duties. This can cost you a lot of money.

Cigarettes and alcoholic drinks aren’t added in this 430-euro limit. These can be imported by people of at least 18 years old and have to stay within the maximum quantities. For strong liquor this limit is 1 litre, for wines, port and sherry the limit is 2 litres and the for beer it’s 6 litres. For cigarettes a limit of 200 cigarettes or 250 shag or 50 cigars or 100 cigarillos is permitted.

And of course you aren’t allowed to bring back any weapons, drugs and medications to The United Kingdom. You are also prohibited to bring back protected animals and plants (this includes shells and coral). 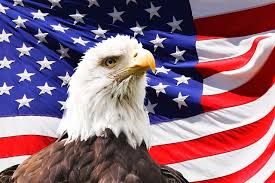