What does the Trump's customised travel ban consist of?

A travel ban in the US and what exactly does it mean? We will explain it to you.

Trump is busy with all those changes in the US. The travel ban seems to be unavoidable. The previous travel ban was soon off the table, as it was against various laws. Now comes Trump with a new entry ban. But what exactly does this mean?

With the previous decree, there was a ban on all travellers from the seven Islamic countries and thus people holding a Green Card were also affected. This decree was challenged by the state of Washington amongst others. The travel ban seems to have been modified for an unknown period of time. Travellers who come from Iran, Libya, Somalia, Sudan, Iraq, Syria or Yemen and have a Green Card can enter the US without any problem. This was confirmed by Minister John Kelly of Internal Security, during a security conference in Munich.

The previous ban on entry violated all US laws because it relies on religious prejudice and racism. A judge in Virginia decided this. There was a lot of ambiguity and people suddenly no longer knew what to expect. People got stuck at airports and panicked. As a result, large demonstrations were soon organised, making it an enormous chaos. Trump has announced that he is now working on a new decree. The new decree that Trump is working on at the moment will apply to the people from those countries, which, according to him, are less trustworthy.

The previously mentioned seven Islamic countries have already been labelled as less reliable by its predecessor Barack Obama. This became clear after he adjusted the ESTA application form by adding the additional question: ‘Have you travelled to Iraq, Syria, Iran, Sudan, Libya or Yemen on or after March 1, 2011?’.

After introducing the previous entry ban, about 100 major US technology companies (including Apple, Facebook, Google, Netflix, Uber, Intel and Airbnb) have jointly submitted an 'amicus curiae letter' against the ban. This is legal document which can be submitted to represent corporations and in this case against Trump's entry ban. A high member of Uber has left Trump's advisory board because he was against this.

Meanwhile, the US government has announced that it will not take any further action to try to reverse the suspension of the old decree. They will neither go to the Supreme Court since these new rules have been drawn up. 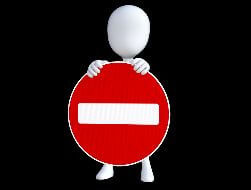